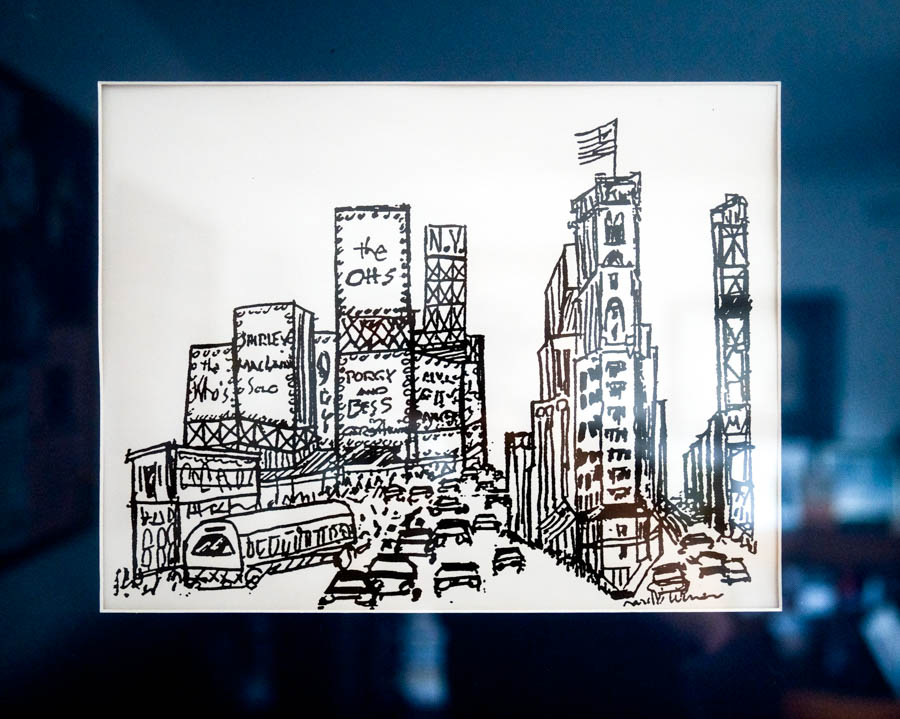 “You have to do this or your soul dies”, says Sharon Ohrenstein, in her daughter, award-winning Sarasota filmmaker Kathryn Parks’ new documentary, The Fabulous Ohs, the Marriage and the Music. The documentary chronicles the marriage and career of his parents, Sharon and David Ohrenstein – a sometimes unstable, but undoubtedly magical life spent pursuing careers in the performing arts. Throughout Parks’ childhood, the Ohrenstein family lived modestly, often without health insurance for Sharon or David. Regular gigs required travel—school years in Sarasota were cut short to make way for summers spent playing in upstate New York. “We tried to make as much money as possible by spending as little time as possible outside the house,” says Sharon. The Ohrensteins met in Sarasota, where David worked as a part-time composer and concert pianist and Sharon as an actress and singer. A whirlwind romance led to a marriage in which the two first played their own separate shows – until a one-off concert performed in tandem, with Sharon on mic and David on piano, was their most successful gig ever. nowadays. This inspired an itinerant acting career, performing Broadway numbers and historic musicals, carving out a career in the arts. The duo spent nearly two decades performing, before being dubbed “The Fabulous Ohs” by an agent in Toronto, before moving on to writing and composing musicals and operas, a dream of Sharon’s longtime.

“It definitely shaped me who I am today — I’m a singer, an actor, and a writer,” Parks says of his upbringing. “It really pushed me to commit to an artistic life, but at the same time, I took a slightly different path. I have also always worked full time. Inspiration to tell the story of her parents struck Parks after watching a similar short film made from old home videos at the Dunedin Film Festival. While Parks didn’t have dozens of home videos of her parents to sift through, she had something much better: a treasure trove of old VHS tapes of her parents’ concerts, gigs and original performances. “The process of watching them through the years has brought me so much joy. Looking back and seeing it now, I have so much more respect for their level of professionalism and joy than they had creating their work. I’m so proud of what they did. It was like falling in love with them all over again,” says Parks.

The documentary mixes clips from the archived tapes with footage from Parks’ own interviews she shot with her parents. Directed, edited and produced by Parks, the project – by far the largest of his career – lasted approximately nine months. “While going through the footage of our interviews, I had to watch it 2-3 times before it really connected. I was trying so many different things and nothing really worked – it was a lot of trying and mistakes,” admits Parks.

Her efforts will make their world premiere at the 2022 Sarasota Film Festival in April. By telling the inspiring story of her parents’ career and the gifts they gave her – a passion for hunting what feeds her soul – Parks’ efforts will not be wasted.

“The Fabulous Ohs” is about the resilience and willpower Sharon and David had to make the decision to pursue their dreams and never stifle their creative spirit. It’s a sentiment that echoes in the vibrant artist communities of cities like Sarasota, far from the art hotspots of New York and Los Angeles. “I wanted people of all ages to see that they can achieve anything they want,” Parks says. “My parents are getting older, but they still have those dreams and I wanted to give them that pedestal. Anyone as an artist can take that message home.