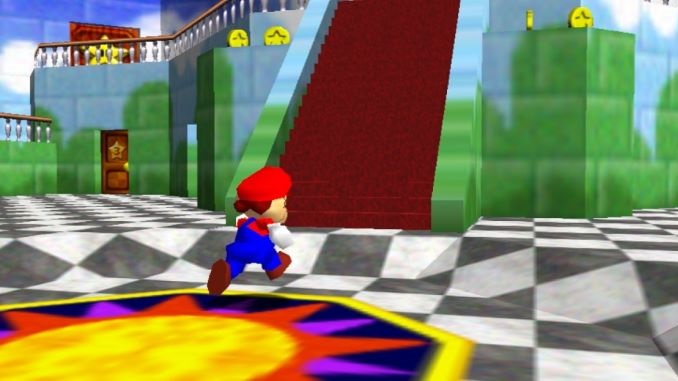 Since the launch of the Nintendo Switch Online subscription service in 2018, it has included a collection of classic NES and SNES games. Think of it as Nintendo’s old concept of Virtual Console, but reborn as something like Xbox Game Pass. Not all emulation is perfect, and some of the games that have been added to the lineup over the years have been unusual selections, but overall it adds a lot of value to a service that exists primarily to enable for people to play online. So when Nintendo added a number of Nintendo 64 games to a paid version of the service in October, you’d think fans would have been excited.

Well, that’s not really the case. Between a shortlist of Nintendo 64 games, the extra cost (Nintendo Switch Online costs $ 20 per year, while the new Nintendo Switch Online + Expansion Pack costs $ 50) and the inconsistent quality of the emulation, the general reaction to this decision was less than positive. It has even inspired yet another wave of online discourse on the ethics of illegal emulation in a medium that does little to precisely preserve its history. What Nintendo likely assumed was a fan-friendly move to make its classics playable today, has left a lot of people angry or disappointed instead.

It is true that Nintendo 64 emulation on Nintendo Switch Online is not the best. This is in part due to the unusual layout of the Nintendo 64 controller, with a single analog joystick, four small yellow directional buttons next to the traditional A and B buttons, and a gun-style trigger button at the bottom. There’s no easy or graceful way to map the control schemes built for this layout onto the standard Switch controller, and while Nintendo has released a Nintendo 64 controller for the Switch, it’s a limited-edition novelty that sold out quickly. As good as some of these Nintendo 64 games are, it can be difficult to enjoy them properly on a Switch controller.

That doesn’t make the Nintendo Switch Online + Expansion Pack a total failure. It also comes with over a dozen Sega Genesis games, as well as a Animal crossing: new horizons Downloadable Content Pack. If you’re only here for the old Nintendo 64 games, you might be a little disappointed with all of this.

If you can get used to the occasional emulation hiccup or the new control scheme (or if you’ve been lucky enough to have a Nintendo 64 Switch controller), you’ll find that some of these games from the late ’90s and early 2000s held up remarkably well. good today. Nintendo is keen to test its games and make them as polished as possible before they hit the stores, which helps their best games to age better than almost any other developer. Even if you haven’t played Paper mario Where Super mario 64 back then, and don’t have the nostalgia for them, you will probably still enjoy them today.

So with the caveats of varying emulation quality and awkward controls, let’s take a look at the base games themselves and pick the best of the bunch. None of the versions on Nintendo Switch Online are perfect, but all five are still fundamentally strong enough to remain fun and charming today, and that remains the only way to officially play them on Switch.

The weirdness of Mario’s forays into the role-playing genre is only growing with this first sequel to Super Mario RPG and the first time we see Mario reduced to a single piece of wood pulp. Consider the time: it was the era of polygonal wastelands and ambitious three-dimensional movement. Nintendo has already played this game with Super mario 64; in their inimitable fashion, they zigzagged as the industry continued to try to zigzag, squeezing their hero into a flat plane and making the Mushroom Kingdom a giant set of pop-up book dioramas.

He’s the one who changed everything. Mario kart 64 introduced 3D tracks, a four-player multiplayer mode and redefined the bonus list. Not only were players able to equip a Ring of Seashells for the first time – allowing you to roll three deep red or green seashells at once – but this was the first appearance of the now iconic Blue Seashell. The courtyards themselves were so massive, so much bigger than Super mario kart, that the number of laps in a race should be reduced from 5 to 3. Like most games on Nintendo 64, Mario kart 64 brought a beloved game into the 3D era, averting disaster and setting the direction of the series for nearly two decades.Casey malone

The Treasure rail shooter was never released for Nintendo 64 in America; Our first chance to browse its shooting galleries came from the Nintendo 64 Channel on the Wii Virtual Console, almost a decade after its initial release. Even with the passage of time and two different generations of play, the sheer quality of Sin and punishment stood out again. It was a smooth, smooth, and beautiful game that was overwhelming in the best possible way, and turned out just because a shooter was on rails didn’t mean it had to seem archaic or boring. The original is better than the Wii Suite.â€”Garret martin

Often called the greatest game of all time (at least until Breath of the wild releasedâ€¦), Link’s first 3D adventure is about as crucial as video games. It translated the huge world and the enchanting mysteries of the Zelda series into an immersive state-of-the-art world, proving that 3D is the future of all action games, not just shooter games. first person. It also amplified the already powerful Zelda series into a sort of modern mythology, with its own recurring archetypes and an increasingly tortured lore. It hasn’t aged as well as the other games on this list, and it’s particularly impacted by Switch’s emulation and controller issues, but it’s impossible to diminish the importance of this game. –Garret martin

It’s no understatement to say that Super mario 64 is one of the most important video games of all time. In Mario’s annals, it’s second at worst in this regard, just behind the original. Super Mario Bros., and is potentially related to it. Both games exerted a titanic influence on their respective genres, with Super mario 64 in particular also representing a huge technological advance for video games. It’s still as fantastic today as it was 24 years ago and remains a must-have game for anyone interested in the history of the medium, but it comes in third on this list because importance alone doesn’t makes it no more awesome or more enjoyable to play than two that have come since.Garret martin