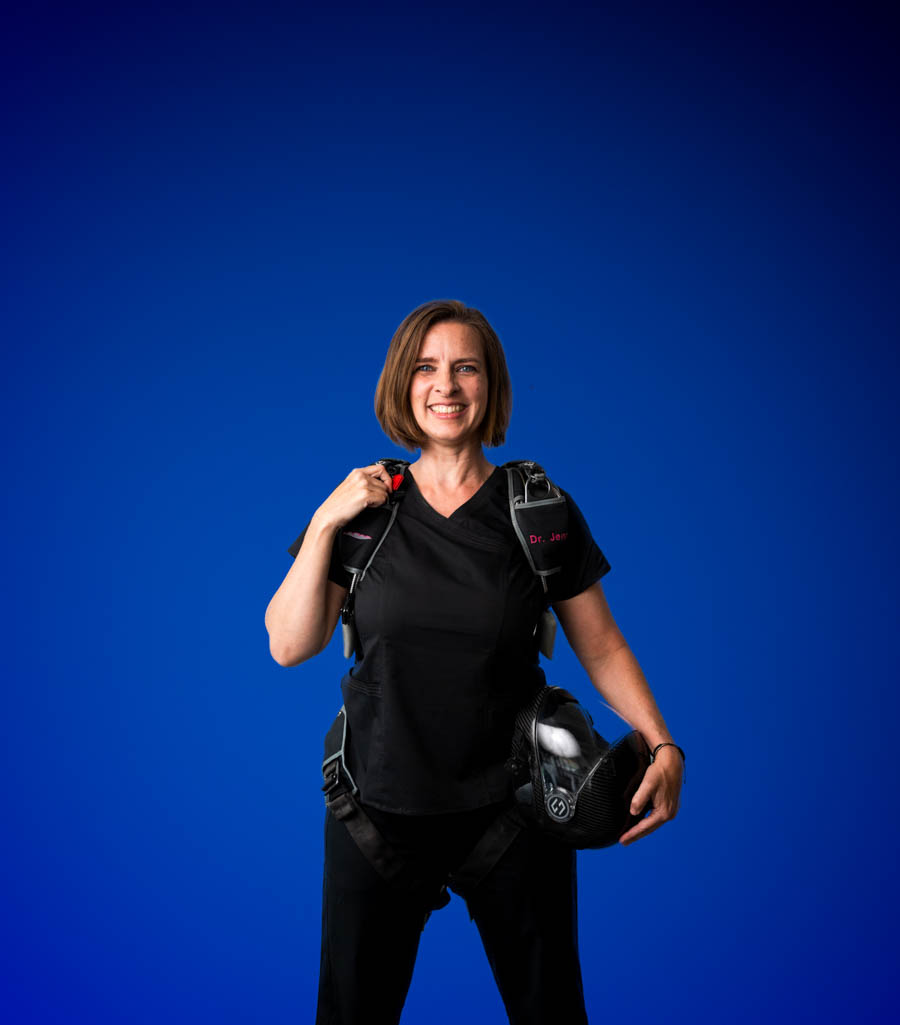 For Dr. Jennifer Bocker, who became the new chief medical officer at HCA Florida Sarasota Doctors Hospital last January, the sky, quite literally, is her only limit. After nine years working as a head and neck trauma surgeon, surgical oncologist, board member, and chair of strategic planning at Surgical Specialists Colorado, Dr. Bocker ventured south HCA Florida Sarasota Doctors Hospital to effect change on a broader level than she could as a practicing physician. “While I was working on this practice and learning how to manage it, we had meetings with large hospital systems – I would find myself going home just to research for hours what we talked about. This led me to get my MBA. I fell in love with the business side of medicine and realized that I had reached the ceiling of what I could do and how I could influence change on a larger scale,” says Dr. Bocker.

Instead of simply changing the lives of individuals, Dr. Bocker will now have the ability to impact the lives of an entire list of patients as well as the medical staff at HCA Florida Sarasota Doctors Hospital. “I will be working in a few different areas. I will help drive progress on the quality front, ensuring new initiatives are implemented and ensuring our patients receive the highest quality care. I will also act as a liaison between the medical staff – our doctors and providers – and the administration,” adds Dr. Bocker. skydiving also came along for the ride. After her first foray into extreme sports in 2006, Dr. Bocker was hooked. “It was the first place I went where I didn’t think of anything else. I wasn’t thinking about stress, work or my patients. The only thing I could think of was skydiving.

Since then, Dr. Bocker has performed thousands of jumps and already holds a world record for skydiving from a seated position in a large formation. “When you set a world record, there is an energy that goes through the training. Even if you can’t see the whole formation, you know you have it. It’s just an amazing feeling, like I’ve never felt before,” says Bocker.
In November, Dr. Bocker will be part of Project 19, an initiative funded by the Women’s Skydiving Network to break the women’s head-down skydiving world record to celebrate the 101st anniversary of the 19th Amendment. With 102 paratroopers creating the formation in the air, Dr. Bocker is expected to be part of the eight-person foundation from which all other paratroopers build.

“Each plane is carrying about 23 people, so there will be four or five planes taking off. It has to be designed so that the planes are in the right formation at the right time. Everyone has a different cue for when to get out of the plane to build the formation. At the end, you only have a few seconds to get everyone there. It’s quite a feat of engineering,” says Dr. Bocker. Whether his feet are on the ground or With his head in the clouds, Dr. Bocker relishes the chance to work with others to achieve the impossible. “It’s all about teamwork and without the team you won’t be successful. All team members try to do our best to achieve this goal. In skydiving it is the record, in health care the goal is to continue to improve for our patients,” says Dr. Bocker.