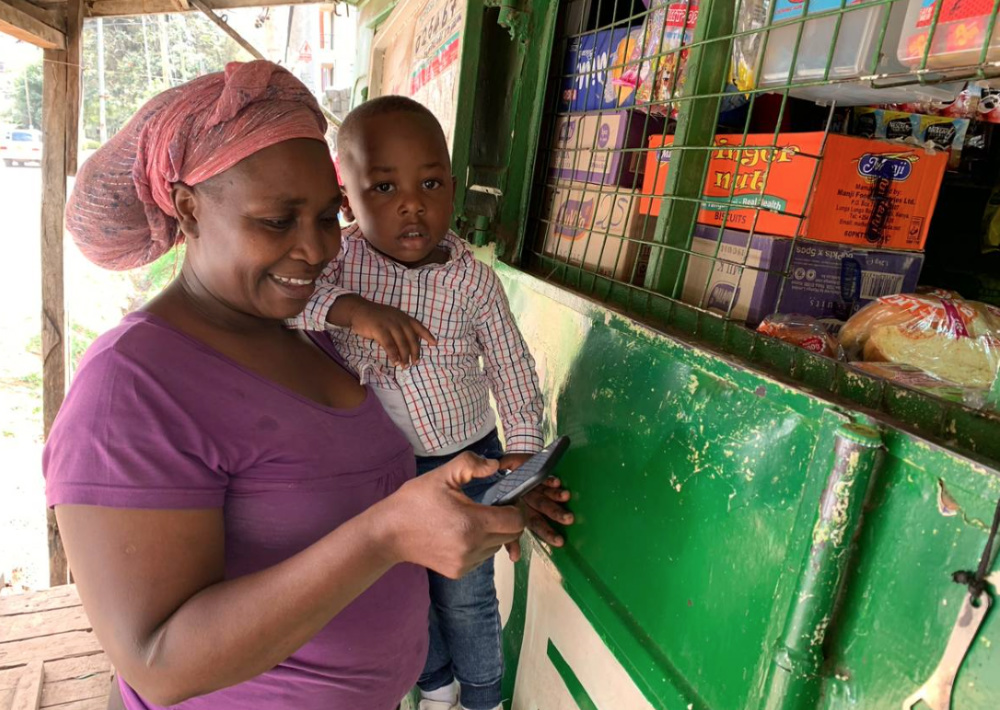 Ghanaian grocery store owner Comfort Ankrah has had to rethink the way she does business since the government imposed a tax on mobile money transactions earlier this month.

For eight years, the 45-year-old single mother has relied on mobile transfers to run her shop in Accra’s Darkuman suburb – from taking payments from customers to paying farmers who supply her with plantain, cassava and other commodities.

Besides the convenience, she and other local businesswomen also feel safer using digital money instead of having to carry cash, Ankrah said.

“I can’t afford to pay my farmers with mobile money now because electronic debit will reduce my profits. I now resort to giving money to drivers or relatives who go to the village to that they can pay the farmers. It’s a long and risky process,” Ankrah said.

Ghana is the latest of a growing number of African countries to impose a levy on mobile phone transactions, but critics say the levies are hurting millions of small business owners and other low-income groups, just as the cost of living increases.

The charges threaten to undo the impressive gains made by mobile money in boosting economic inclusion, they warn.

“Mobile money has been a great enabler, especially for the marginalized. It is a main driver of financial inclusion for the poor, women and rural communities across Africa.”

“Mobile money has been a tremendous enabler, especially for the marginalized. It is a key driver of financial inclusion for the poor, women and rural communities across Africa,” said Angela Wamola, responsible for sub-Saharan Africa at the telecommunications industry body GSMA.

“Any disincentives such as additional fees or taxes on mobile money services will set Africans back simply because there are no other alternatives for most people.”

Many countries already have charges such as VAT and excise duties on mobile services, she said, adding that the extra tax – at a time of high inflation – would mean the poor would be the first to be excluded from the digital economy.

In Tanzania, which imposed a tax on mobile money last July, peer-to-peer transactions fell 38% from 30 million to 18 million per month, a GSMA study found.

John Kumah, one of Ghana’s deputy finance ministers, dismissed criticism that the tax was regressive.

“The electronic direct debit will not be a burden on the poor,” Kumah told the Thomson Reuters Foundation.

“It’s a game changer that will bring development instead. We will use the taxes to build more schools, hospitals, roads. It will be used for job creation. Ghanaians will see and reap the benefits in the years to come. “

Africa dominates the global mobile money market, driven by the success of Kenyan telecommunications operator Safaricom, which launched its M-Pesa platform in 2007 to meet the needs of people without access to mobile money. formal banking network.

Sub-Saharan Africa is home to more than half of the approximately 350 million active mobile money accounts in the world – countries such as Kenya, Uganda, Ghana, Senegal, Ivory Coast and Cameroon displaying the highest prevalence rates, GSMA data is displayed.

Last year, $1 trillion was traded globally through mobile money platforms, nearly 70% of which came from sub-Saharan Africa, the data showed.

SIM card-based technology – which can be used on basic phones without internet – has unlocked access to financial services for often overlooked populations such as informal workers, smallholder farmers, women and rural communities .

Users can securely receive, withdraw and send money, pay bills and receive funds from family abroad, all without being connected to the formal banking system. Some operators also offer credit, savings and insurance products.

While waiting to withdraw cash at an M-Pesa stand in Nairobi’s upscale Lavington suburb, Kenyan housekeeper Brenda Vitute said she used mobile money for shopping, paying bills and sending money to his mother and children.

“It would be very difficult without M-Pesa because many people in rural areas don’t have a bank account or the bank is too far away. With M-Pesa, they don’t have to travel long distances to get money. money,” said Vitute, 41.

A study published in Scientificelectronic diary found that access to mobile money in Kenya has increased per capita consumption and lifted 194,000 households – 2% of the total – out of poverty since 2008.

Consumption in female-headed households increased twice as much as others, according to the study, suggesting that mobile money particularly benefits women.

Ghanaian shopkeeper Comfort Ankrah outside her store in the Darkuman suburb of Accra, Ghana on May 6. PHOTO: Thomson Reuters Foundation/Kent Mensah

The COVID-19 pandemic has further accelerated the growth of the sector in Africa. Restrictions on movement and distrust of cash handling, along with loosening of regulations by central banks and waiving of fees by operators, have driven up the value of transactions.

Mobile money transactions in Sub-Saharan Africa increased by 40% in value in 2021 compared to the previous year, compared to a global average of 31%, GSMA data is displayed.

The shock to global commodity markets caused by the war in Ukraine will exacerbate food insecurity and fuel inflation and poverty rates across the continent, he warned.

Introduced on May 1, Ghana’s 1.5% electronic levy for transactions over 100 Ghanaian cedi mimics policies elsewhere in the region.

Cameroon, Uganda, Tanzania, Republic of Congo, Zimbabwe, Ivory Coast and Kenya have all imposed mobile money taxes ranging from 0.2% to 12% over the last four years, despite strong opposition from various sectors.

In Ghana, lawmakers came to blows during a parliamentary debate on electronic direct debit in November. In Cameroon, politics sparked the #EndMobileMoneyTax hashtag on social media.

In Uganda, Tanzania and Ghana, the authorities have been forced to lower their tax rates. Malawi also announced a 1% levy in September 2019, but weeks later backtracked due to opposition.

Kinyanjui Mungai, senior research analyst at the Center for Financial Regulation and Inclusion, said the policies were poorly planned and did not take into account the views of stakeholders such as consumer groups.

“We are still at a nascent stage in terms of financial inclusion in most African countries,” Mungai said. “You need to get more people out of the ‘liquid boat’ and into the ‘digital boat’ before you impose these taxes.”

International organizations such as the IMF, World Bank and the United Nations have also raised concerns about taxes.

In his March report on Cameroon, the The IMF has warned that taxing mobile money could be ‘tax unfair’ and hamper the current low level of financial inclusion.

“Poor and unbanked segments of the population, who often live in rural areas and face high transaction costs from formal banks, were found to be negatively affected by the measure,” he warned. .

Kumah said the Ghanaian government would take measures such as public awareness campaigns to ensure that people continue to use mobile money, despite electronic debit.

“People all over the world don’t like paying taxes – but over time they start to see the importance of it,” he said.