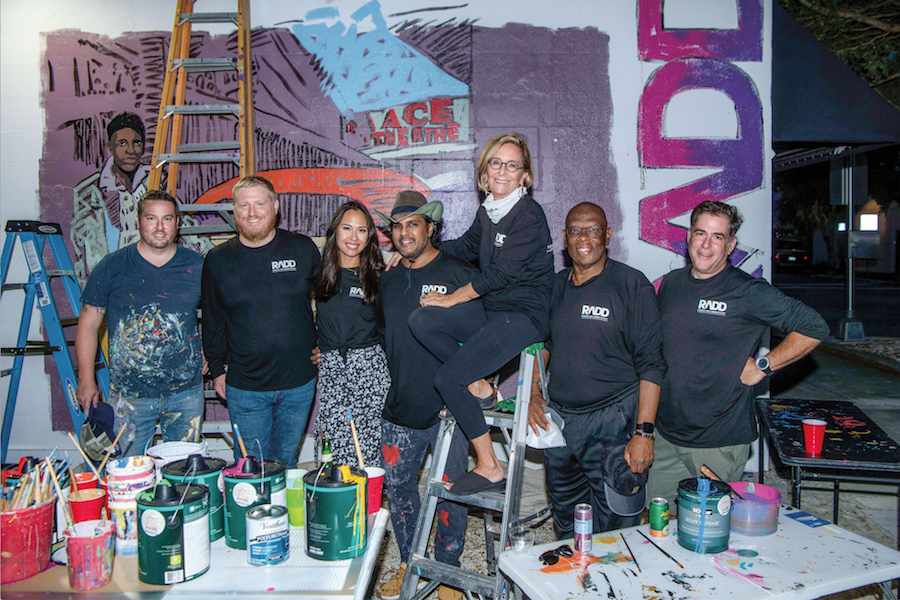 Rosemary Art and Design District hopes to create a new identity at the intersection of history, art, and space creation.

Walter Gilbert posing in front of RADD’s mural, a replica of an iconic photograph of Willie B. Rogers leaning against a classic car at the Ace Theater. Photo by Wyatt Kostygan.

It all started with a series of cold calls. Walter Gilbert was looking for blank walls in the Rosemary neighborhood and he was in a bit of a rush. The fourth-generation Sarasota native was in a race against the rapidly developing neighborhood to preserve some of said history. And, as a self-proclaimed history buff with an encyclopedic knowledge of Sarasota black history, he was well positioned to convey the stories he had heard and experienced. “I was born in ’52 and have been involved in a lot of big changes,” he says, “beach boycotts, desegregation, electoral law changes; but since 1917, this story, my story, has slowly faded away.

THE TEAM IS RADD AND PROUD IN ITS FIRST WALL, PAINTED BY TIM JAEGER AT 600 CENTRAL AVE. IN THE ROMARIN DISTRICT

Armed with compelling stories of persistence and excellence, Gilbert sought the support of some property and business owners in what was once called Overtown, in hopes of using some of their pristine walls to murals to commemorate the neighborhood’s first black settlers. “I just felt like the city’s black history was not being counted, recorded and known,” Gilbert says, “so I thought what better way to honor history in a way? strong and meaningful than with murals? Some owners were more receptive than others, none more than Anand Pallegar. “I got a call from a guy I had never met before, asking if I would be interested in putting murals on a building I owned downtown,” says Pallegar, “and he didn’t It didn’t take long to realize that there was a great opportunity here. Pallegar is a serial entrepreneur whose business portfolio includes DreamLarge, an events and marketing organization that focuses on nonprofit and community improvement work. Equally important, Pallegar owns the building at 513 Central Avenue, formerly the site of the African Methodist Episcopal Church of Payne Chapel built in 1908, a building restored by Pallegar into an office. 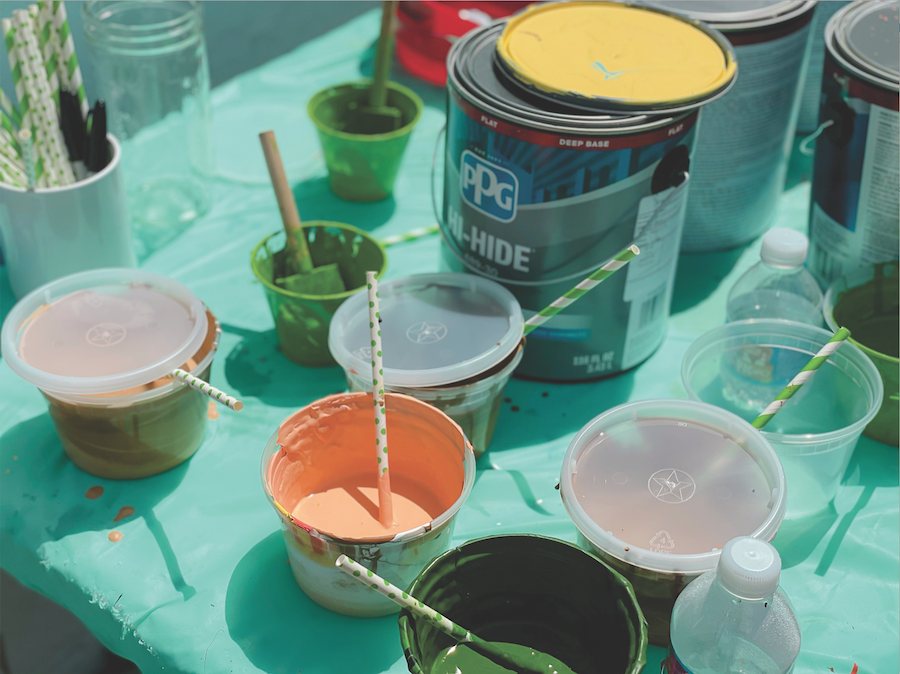 According to Gilbert, this is one of the few remaining original buildings in Overtown, which means the first walls he secured were arguably among the most important. But bigger than acquiring those prized walls, Gilbert enlisted a champion of the cause who, coincidentally, had been thinking for years about ways to give Rosemary’s neighborhood its own identity. 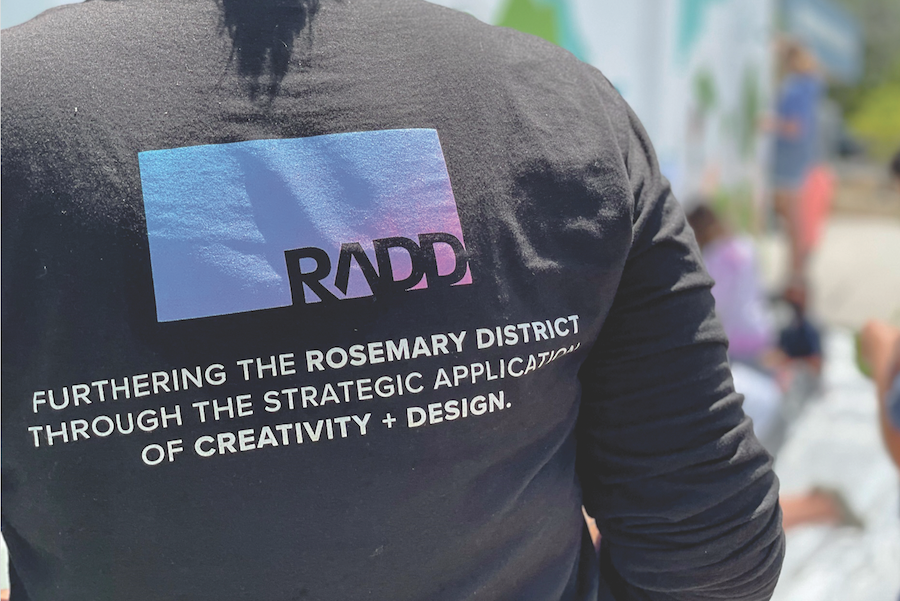 “Anand was looking for ways to transform the Rosemary neighborhood into an art and design destination,” says Gilbert, “and he understood how this could give the neighborhood identity and purpose. Rosemary Art and Design District (RADD) is that identity and purpose. The acronym RADD, perhaps the most fortuitous acronym in human history, was coined a few years ago by a group of community activists in the Rosemary District, including Pallegar and Susan McLeod, a real estate agent with artistic training and eager to raise the profile of the neighborhood’s creative vibes. With painter, curator and current RADD member Tim Jaeger, conversations took place on how to bring more visual art to the area. “That first round didn’t work out,” McLeod says, “but once Walter spoke with Anand, we felt we had our mission now. So RADD was just a really organic thing.

With Gilbert’s mural idea reviving the group in action, RADD has set itself a flagship goal, the roots from which the entire effort could branch out: the Gilbert Mural Initiative, a multi-year campaign to command murals in the Rosemary district which will celebrate its black history. . And within RADD’s branches are festivals, art walks, markets, seminars and all kinds of soul-stimulating and enriching programs focused on inclusiveness, diversity, creativity and, of course, art. “It all started with the mural initiative, but we really broadened our scope to cultivate creativity,” says Julia Groom, director of DreamLarge and one of the founding members of RADD. On any day, Groom can help a client with a marketing strategy, plan a symposium from scratch, or paint a wall alongside a group of kids creating a mural. She brings the same go-anywhere mentality to RADD when she decides what’s next. “In five to ten years, we think we can elevate this neighborhood for everyone who lives here,” says Groom, “and when you build it on history, it has an opportunity to connect people. Gilbert shares an equally rosy vision of the future that RADD can help create. “Ultimately, we want to educate people about black history in Sarasota,” Gilbert says, “we want to bring people together, and we’re going to do that with art.”

Drawn to Art – She Roars :: Article from SRQ magazine by Brittany Mattie