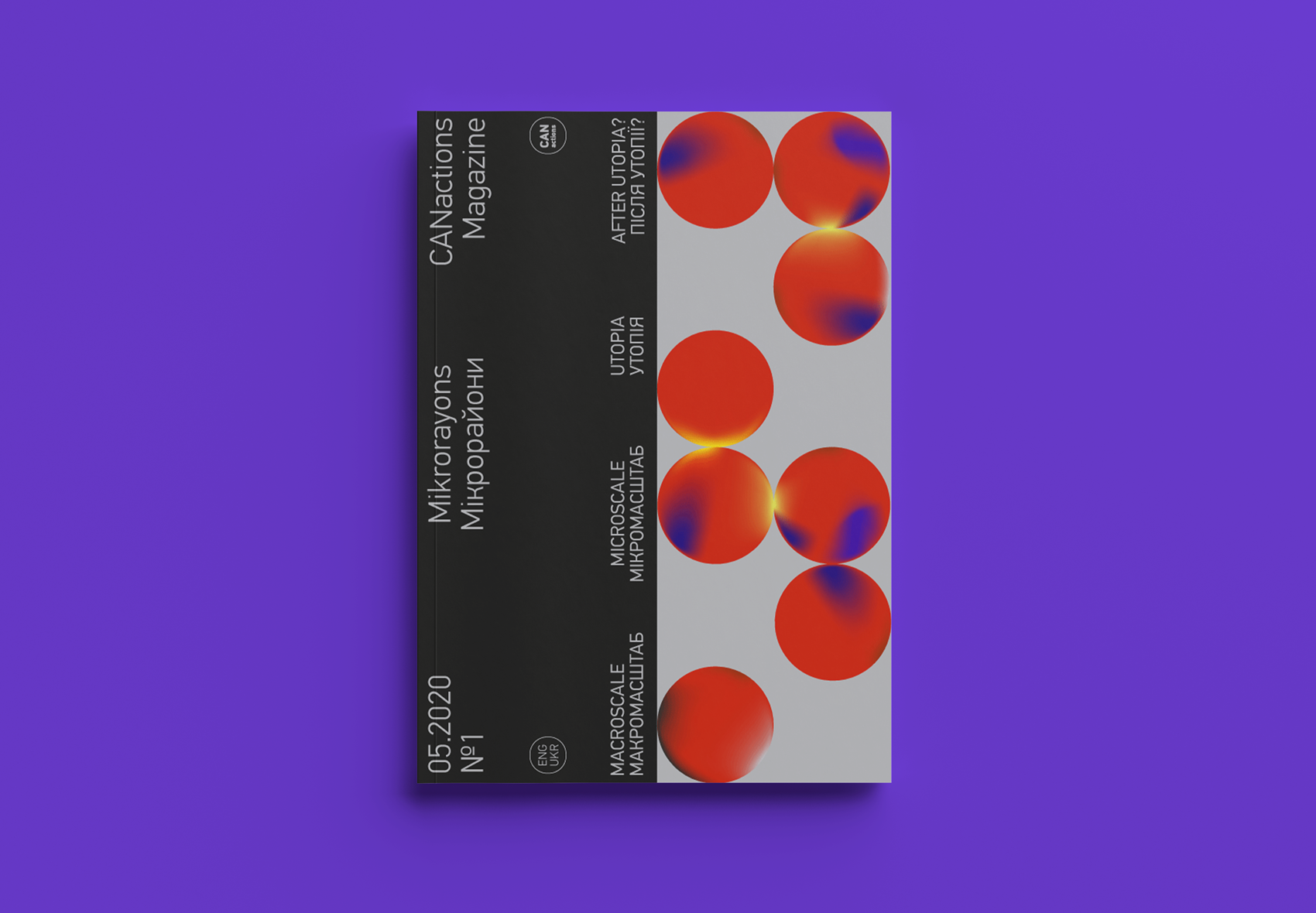 CANactions Magazineâ€”A quarterly publication of essays, articles and interviews by critical and engaged professionals from a wide range of fields and young creative thinkers from around the world. It aims to investigate and rethink global urban challenges – both practically and theoretically – through the prism of post-socialist states, bringing together architecture, urban planning and social sciences.

CANactions Magazine is available online for free, in an attitude of inclusion and exchange. The publication is the collective work of an international team of like-minded individuals who can be supported by donations.

The first edition is devoted to MIKRORAYONSâ€”officially named Microdistricts or Microraions – were designed as self-contained neighborhoods with multifunctional residential units, made up of prefabricated building elements, and were often referred to as â€œsleeping quartersâ€. The severe housing shortage in the aftermath of World War II led to the emergence of large-scale planning that in fact rapidly increased the housing stock in the Soviet state. At the end of its implementation, around 75% of the entire population of Eastern Europe lived in large housing estates. Today, despite the disintegration of the union, housing estates still fill the urban landscape of most post-socialist states and the scale of their existence, indeed, does not allow us to ignore them.

These Soviet-era housing estates, however, are generally viewed with a negative connotation. It has been repeated until exhaustion that the Mikrorayons are associated with inhuman architecture. An architecture of monotonous blocks and endless facades with an infinite duplication of apartment layouts surrounded by the vast void of a dysfunctional public space. They are categorized simply as a political tool capable of producing affordable housing on a large scale. They are seen as a by-product of the economic model adopted by the Communists in Khrushchev’s day, and are overlooked by the authorities as well as by locals seeking to adopt a post-Soviet life, one that gives up completely or tries to dissociate itself from everything that emerged during the Soviet era.

The basic idea of â€‹â€‹a self-sufficient neighborhood – access to daily activities and green recreation areas within walking distance of the housing unit to reduce daily commuting time – aligns with the principles of contemporary town planning. The provision of socio-cultural infrastructure in the neighborhood, pedestrian access to public transport as well as safety zones for kindergartens and primary schools highlight their prevalence in contemporary spatial design. It can therefore be argued that current urban design practices have remained the same, regardless of a transforming political system or a change in governance. Moreover, despite the recurring problems linked to the poor quality of construction, Soviet housing estates are still characterized by a strong social mix: a great diversity of income levels, occupation and social class living in the same neighborhood. In other words, the Mikrorayons did not become places of social decline. Despite recurring problems and the poor quality of construction, demand for Grands Lotissements remains relatively high. This approach to planning begs the following set of questions: Does a change in governing bodies show a transformation in the basic needs of a society, especially the way we live and form communities? Has the abandonment of these principles of town planning succeeded in creating more adequate, inclusive and livable neighborhoods in contemporary times?

CANactions Magazine The aim of the 01 edition is to contribute to the discourse around the typologies of the Large Housing estates and to regain attention in current political and theoretical debates.

You are welcome to download the CANactions Magazine Edition 01 “Mikrorayons “

Call for Papers
CANactions Magazine The 02 edition “THE EARTH” will be published on August 20, 2020. It aims to explore the “EARTH” and its inhabitants to collect and share with the world the most current and relevant portrait of the States campaign contemporary post-socialists.

CANactions School is an educational platform in the field of architecture and town planning with offices in Kiev and Amsterdam.

Since 2015, CANactions School has been organizing interdisciplinary postgraduate educational programs in the field of urban studies, integrated urban development and strategic spatial planning in the context of local and global city challenges.

CANactions International Architecture Festival â€” one of the largest annual architectural gatherings in Europe, held annually since 2008. The 13th CANactions International Architecture Festival aims to discuss and challenge general principles of living environments which guide the establishment of new housing typologies as well as, reflect the ideas of its inhabitants on the quality and advantages of living in the city. We invite everyone to join the common dialogue around architecture and innovative approaches to create more livable places from September 18-19, 2020 in Kiev, Ukraine.