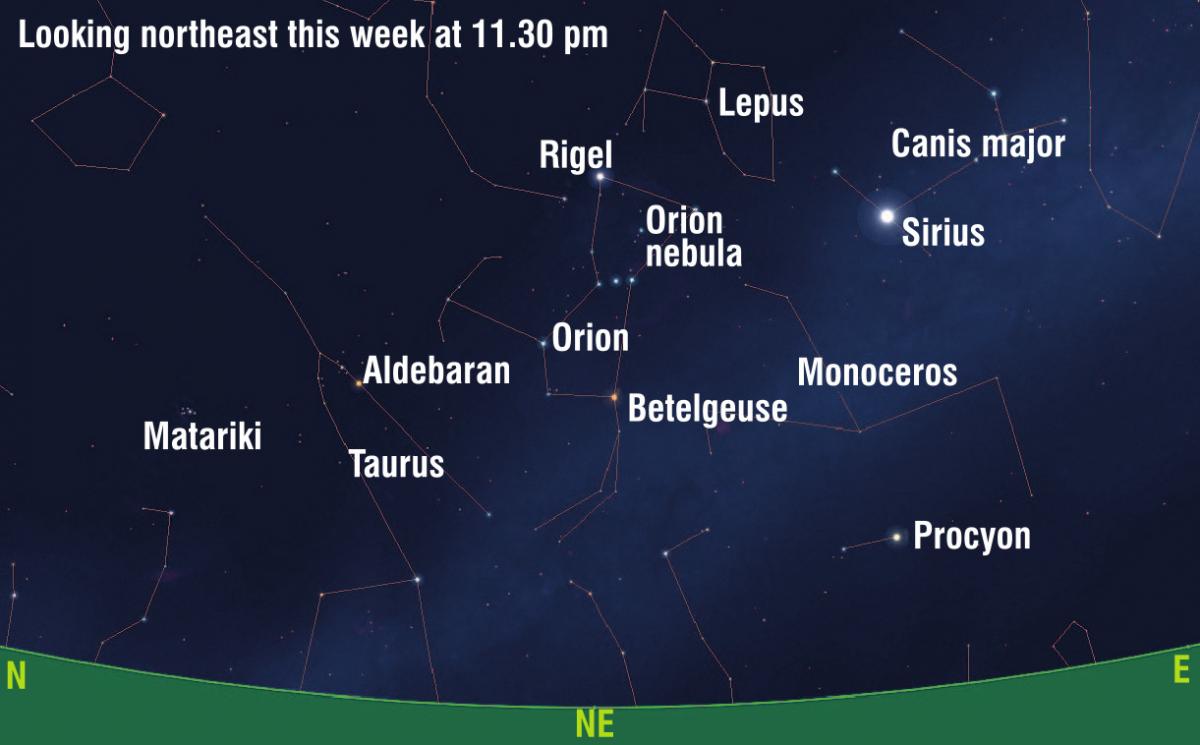 For me, one of the real signs of the arrival of summer is the magnificent sight of Orion rising into the eastern sky after sunset.

I am certainly not the only fan of this splendid constellation. Marcus Manilius was an astrologer who lived in the reigns of Augustus and Tiberius. In his treatise Astronomica, he writes that when Orion rises, “the night feigns the light of day and spreads its dark wings”.

Orion is full of bright stars as he rides the Milky Way. Astronomers have discovered that we live in a spiral galaxy. Orion and its surroundings are part of an outer spiral arm to that which houses our solar system.

In winter, the magnificent star clouds of Scorpio and Sagittarius mark the location of the center of our galaxy. In the summer, when we look at the rich star fields of Orion, Taurus, and Lepus, we are looking away from the galactic core. We look outward through a cosmic curtain of stars, each of which takes over two hundred million years to complete an orbit of the galaxy.

The first quarter of the moon occurred on Saturday.

Although the moonlight has swept away the darker stars, don’t let that put you off. This week is a great time to try and spot some of the summer constellations.

The stars forming Orion’s belt are a useful guide. Project an imaginary line of the three stars of Orion’s belt to the left (and slightly down). The first bright star you come across is Aldebaran which is orange in color. It is the brightest star in the constellation Taurus, Taurus. Aldebaran is a giant star with a distance of over sixty-five light years.

An imaginary second line projected from Orion’s belt up and to the right will eventually meet Sirius. Located in the constellation Canis Major (the Canis Major), Sirius is the brightest star in the sky.