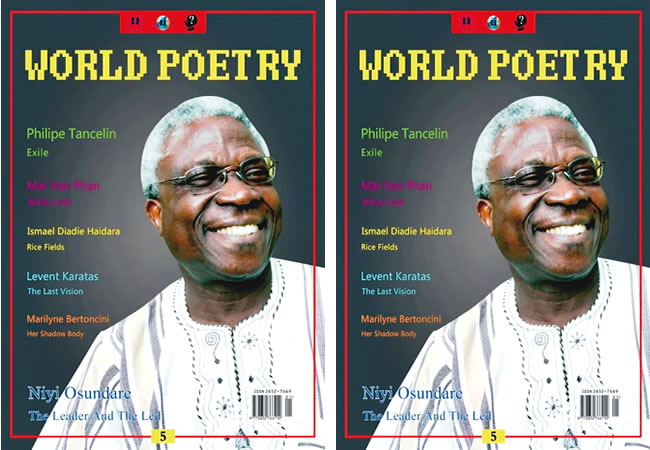 POET, scholar and public intellectual, Professor Niyi Osundare has been selected as the cover poet and headliner of the 5th edition of ‘World Poetry’, a magazine of the World Poetry Movement.

A selection of poems by the recently retired English professor from the University of New Orleans, USA, will be published in the fifth edition of ‘World Poetry’.

With his selection, Professor Osundare became the first African poet honored by the international poetry journal.

Commenting on his selection, Osundare thanked the World Poetry Movement for the honor.

Born in Ikere-Ekiti, Ekiti State in 1947, Professor Osundare was educated at the University of Ibadan, University of Leeds and York University, Toronto, Canada .

Her poetry collections include “City Without People: The Katrina Poems”, “Random Blues”, “Days”, “The Word Is an Egg”, “Midlife”, “Waiting Laughters”, “Moonsongs”, and “The Eye of the Earth”. ‘ among others.

He was a columnist for Newswatch and had poetry columns in the Sunday Tribune, the rested newspaper NEXT and The Nation.