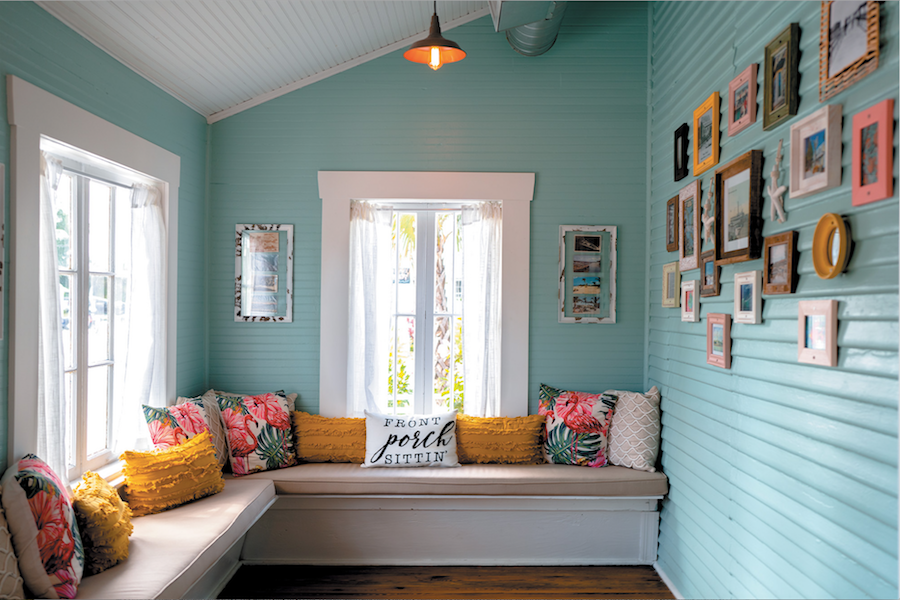 Endearing and melancholy, the term “Old Florida” manages to celebrate the warm glow of a bygone era while simultaneously lamenting the end of that era.

But “Old Florida” has no agreed upon codified meaning, no standardized set of colors or designs – it’s just a version of Florida in an indefinite past. Maybe it’s a pastel-colored house on stilts, maybe it’s a mid-century roadside attraction, maybe it’s embodied in a dockside seafood shack . Or maybe it’s all of those things. But whatever “Old Florida” means, you know it when you see it, as they say. And at the Porch on Anna Maria Island, old Florida is alive and well and ready to eat.

Open in a faithfully restored century-old structure which served as a home, restaurant and nursery, The Porch first strikes a guest with its charm. From the two-lane sandy Gulf Drive, its yellow facade, teal blue door, and landscape of crushed seashells make it feel more like a seedy beach hut with a fresh coat of paint than a restaurant with high dishes. The interior is a cross between a chic fishing hut and a history museum, with great attention paid to the island’s history and the building’s original design elements, like the original windows and restored hardwood floors. 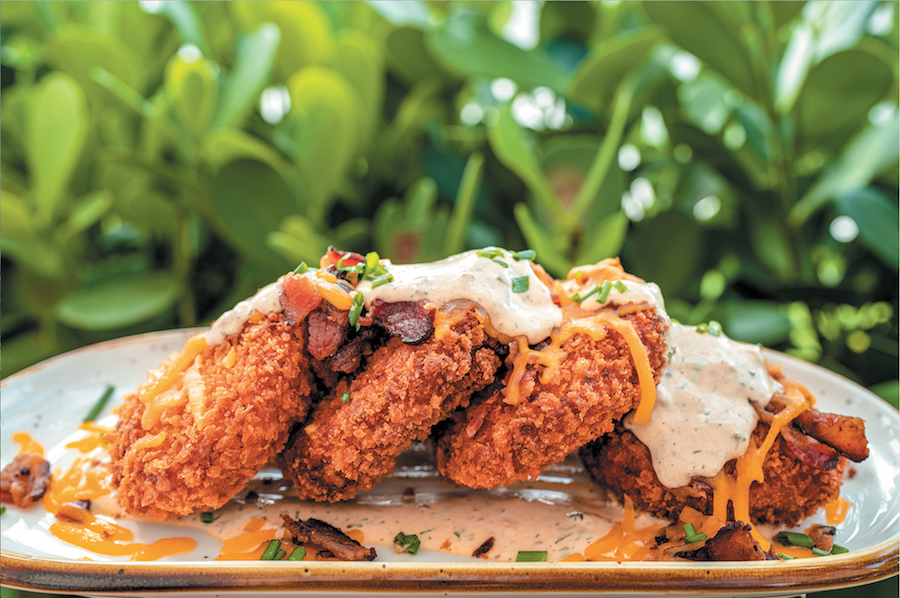 Owners Brianna and Joshua Foster were so determined to keep the original building as much as possible that they even kept the kitchen tiny to avoid demolishing the walls. “We don’t even have room for a freezer there,” Brianna jokes, “so you know all of our food is made fresh and never frozen.” And it seems that the whole concept is carefully adapted to the sensitivities of its context and its seaside clientele. 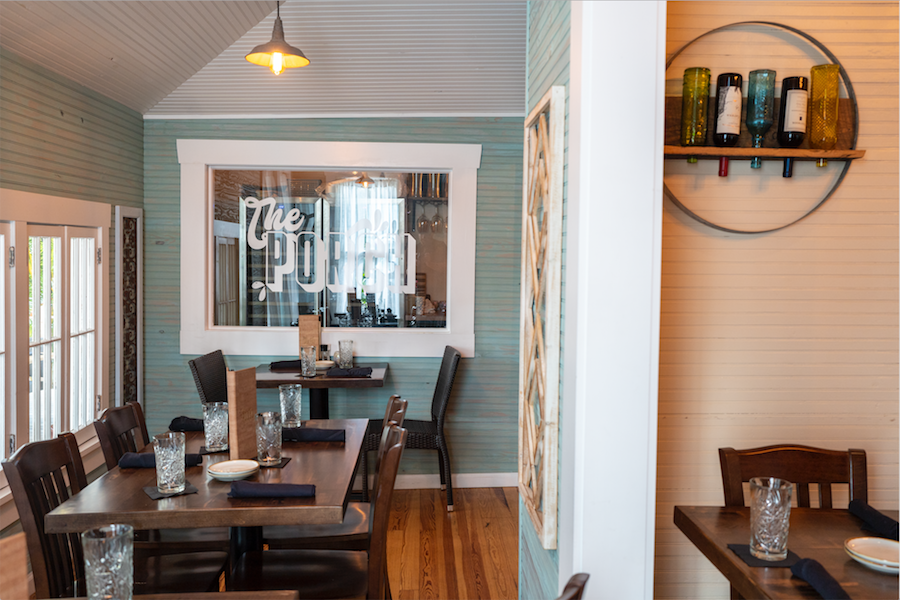 These sandy sensitivities call above all for refreshing drinks. An assortment of spritz, sangrias, and mimosas offers something sweet and cool to beat the heat, but The Porch adds little touches that make them clean. The Pasubio lemonade spritz features an amaro from the Dolomites mountains of the Italian region of Trentino which, unique among amari, uses berries. Yet like many amari, Pasubio has undertones of pine and herbal that go along with a touch of bitterness and smoke. Lavender accents finish the drink and make it an olfactory delight. Rosy sangria picks up on the trendy wine cocktail and adds blood orange, fresh orange slices, and orange bitters for a bright, light iteration of the Spanish staple that feels distinctly Floridian. 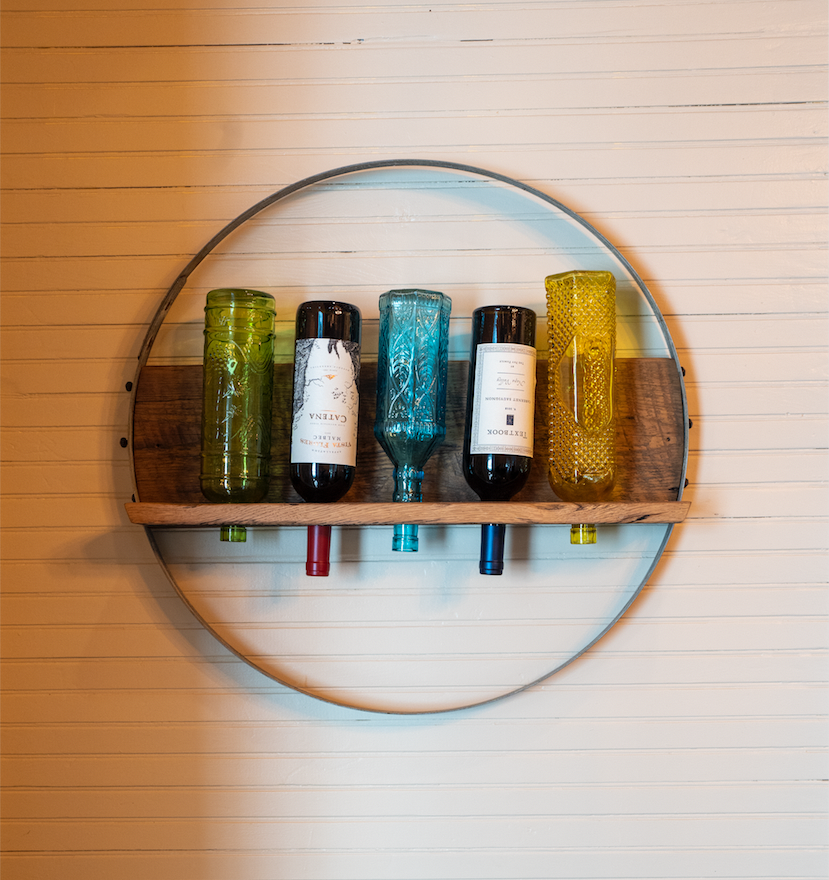 The starters are eclectic but deliciously accessible. Coastal squids are mixed with the restaurant’s ginger and sesame sauce and taste like a potato chip, which means it’s best to share the mound they’re served in two or more , lest the sweet sauce induce a guest to eat themselves. in guilt. A chef’s choice of charcuterie board also makes a great first course and conversation starter due to the shiny, dripping honeycomb, but potato cakes are sure to spoil dinner. Stuffed with creamy mashed potatoes inside a crispy exterior, these bacon-topped treats pack all the flavorful punch of a bacon and sour cream potato skin, but go down a lot more so decadent. 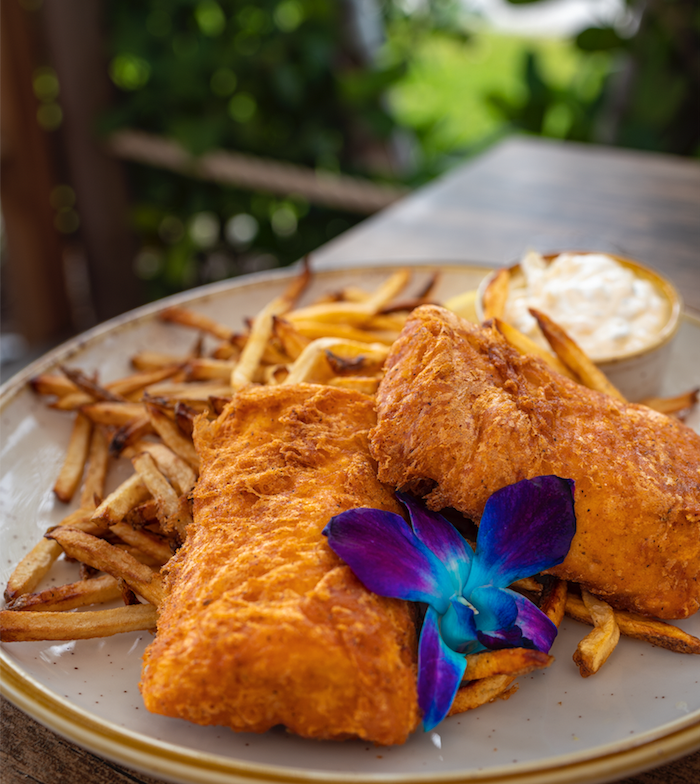 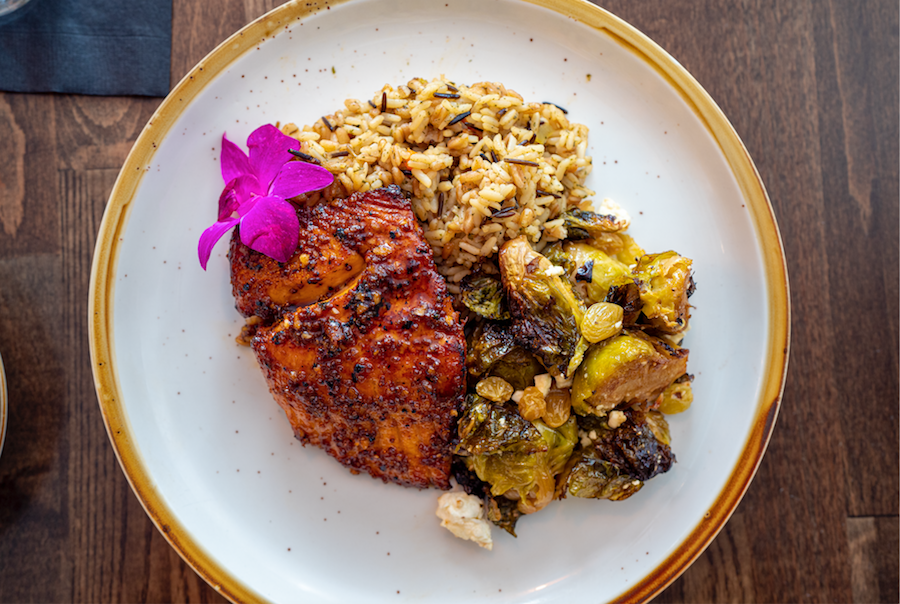 The practice of taking the spirit of something familiar and elevating it continues with the fish and chips, available on the restaurant’s lunch menu. The entree is accompanied by one or two pieces of 6-ounce beer-breaded mahi mahi, with hand-cut fries on the side. A far cry from the mysterious fish fingers found in your nearest frozen section, these lean, perfectly seasoned chunks have all the comforts of dockside fried fish, but with a tastier dose of protein. While the salmon isn’t a Florida-centric fish, the tamari and maple glazed salmon is also worth a nod. Served with a mix of wild rice and farro, the frosting’s sweet, tropical profile takes the salmon away from its more conventional dressings and puts it in a Hawaiian shirt. 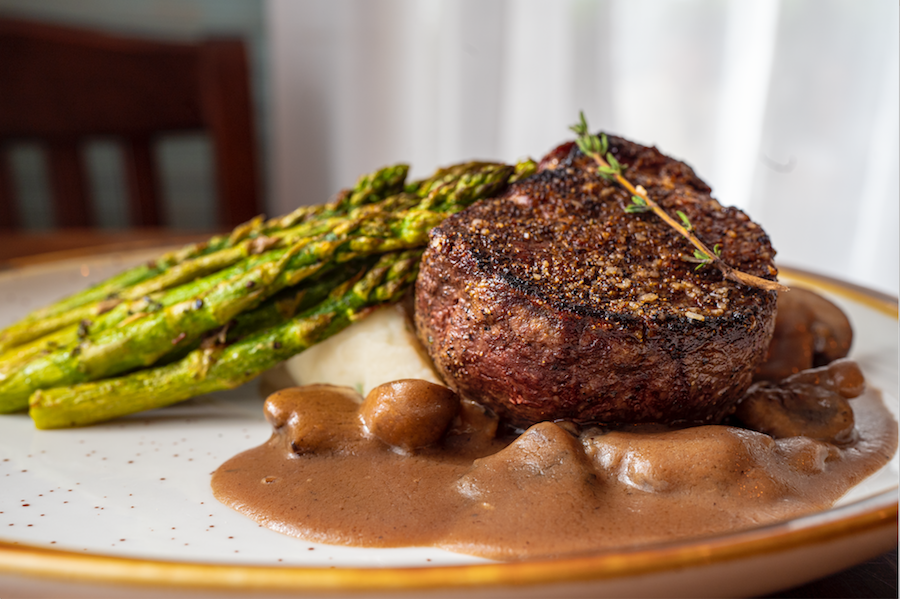 But it’s not just fish feasts at the Porch. Cattle ranching in what would become the continental United States began in Florida with the arrival of the Spanish conquistador Hernando de Soto, who is said to have landed somewhere near the mouth of the Manatee River in the 16th century. So there is, in fact, something unmistakably Floridian about The Porch’s USDA-grade steak offerings. An 18-ounce rib eye will challenge the most hungry of farmers, but filet mignon is a delicious beef cupcake. Seasoned with salt, pepper and a touch of garlic, the outdoor grill adds a touch of crispness to a perfectly cooked medium rare cut. A traditional accompaniment of mashed potatoes and roasted asparagus makes this an easy choice for the picky eater. 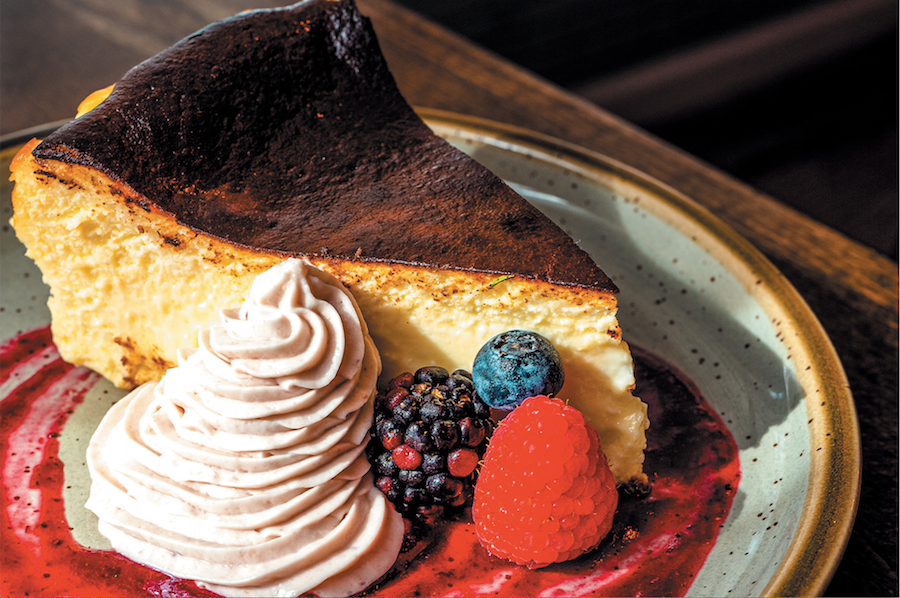 The Fosters could easily have gone the kitsch route with their restaurant. They could have stuck with a menu of all fried frozen foods, mostly stuffed with cheap pitchers of beer and still made a killing. But rather than selling old Florida as a cheap commodity, they chose to cherish it as an heirloom. It’s in the carefully restored fireplace, oddly shaped little rooms, cheerful but not cheesy colors, simple foods dressed up for a more chic and honest experience of Old Florida.

Get off to de-stress – SRQist :: Article from SRQ magazine by Brittany Mattie