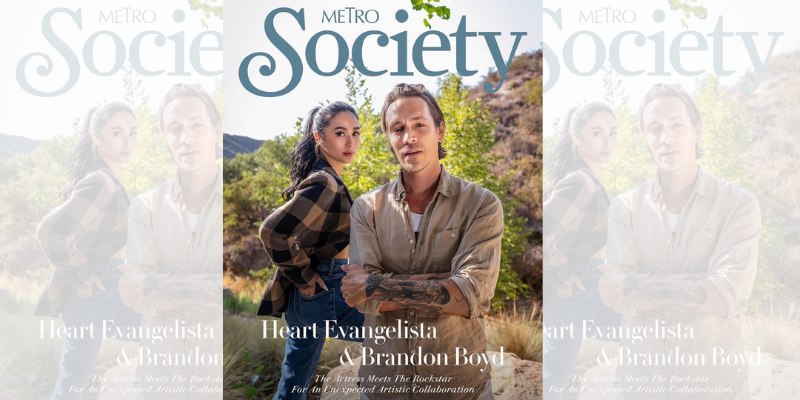 On Instagram, the queen of Kapuso’s creative collaborations posted a photo of the magazine’s cover on Sunday with a photo taken by Martin Romero.

“It’s such an honor to cover the cover of Metro Society with Brandon Boyd. The little girl in me who found solace in art is so proud,” Heart wrote in the caption of her article.

Besides the magazine cover, Metro Society also shared a behind-the-scenes video of the two during the photoshoot.

“Breaking stereotypes, crossing boundaries and redefining the artist’s life, Heart Evangelista and Brandon Boyd work together on a masterpiece and land on the first page of what is undoubtedly destined to be a beautiful chapter. of their respective artistic paths, â€they added. .

In May, Heart announced that she was working on a “little art project” by sharing a screenshot of their virtual meeting with the rockstar.

Last June, Brandon gave an overview of his collaborative project with several artists including Heart.

The project is called Moonlight Arts Collective, which consists of “limited edition hand-signed works of art from cultural icons who draw, paint, photograph and ‘in the moonlight’ as visual artists,” according to the website.