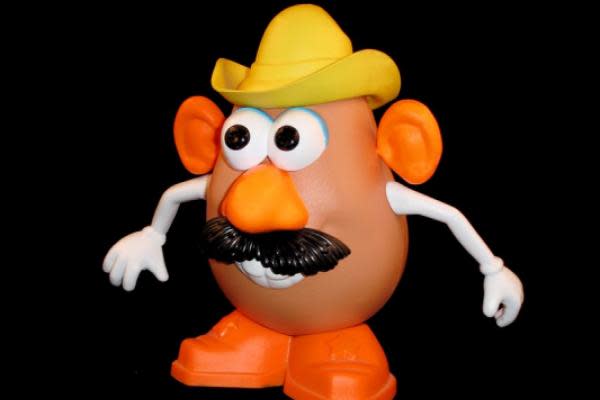 Changes: The Pawtucket, Rhode Island-based company is making the change to reflect changing consumer preferences. The decision will also impact the Ms. Potato Head toy, which will have its gender identity removed.

“The culture has evolved,” said Kimberly Boyd, senior vice president and general manager of Hasbro in an interview with fast company. “Children want to be able to represent their own experiences. The way the brand currently exists – with the “Mr.” and “Mrs.” – is limiting with respect to both gender identity and family structure. “

Hasbro did not say when the toy update would happen.

A brief history of gender-specific potatoes: Hasbro introduced Mr. Potato Head in 1952. At the time, consumers had to supply their own potato, while the toy company offered plastic parts that gave the item anthropomorphic life. Plastic potato bodies were not introduced until 1964.

Kids knew the toy potato’s gender from a felt mustache and pipe in the accessory pack. (The pipe was dropped in 1986 when the character was licensed for the Great American Smokeout campaign.)

Mrs. Potato Head was introduced in 1953, with feminine accessories including hair bows and a bright red lipstick mouth to signal a gender difference from her predecessor. Potato Head’s offspring, Yam and Spud, came later, along with similar product-inspired characters, Kate the Carrot, Pete the Pepper, Oscar the Orange, and Cookie Cucumber.

Mr. Potato Head was featured in a 1992 public service announcement for the Presidents Council on Fitness, in which he renounced his “couch potato” lifestyle, and Mr. and Mrs. Potato Head joined the League of Women Voters in 1996. campaign to get the vote.

The product gained a new level of popularity with the 1995 animated film “Toy Story” with Don Rickles voicing a perpetually grumpy Mr. Potato Head. Mrs. Potato Head, voiced by Estelle Harris, did not show up until the 1999 sequel.

UPDATE: After news of the transition to gender-neutral toys started circulating on the internet, Hasbro got down to Twitter to clarify his decision-making. The company said that while the product dropped the “M.” and “Mrs.” name, plastic potatoes will always retain distinct gender identities.

© 2021 Benzinga.com. Benzinga does not provide investment advice. All rights reserved.