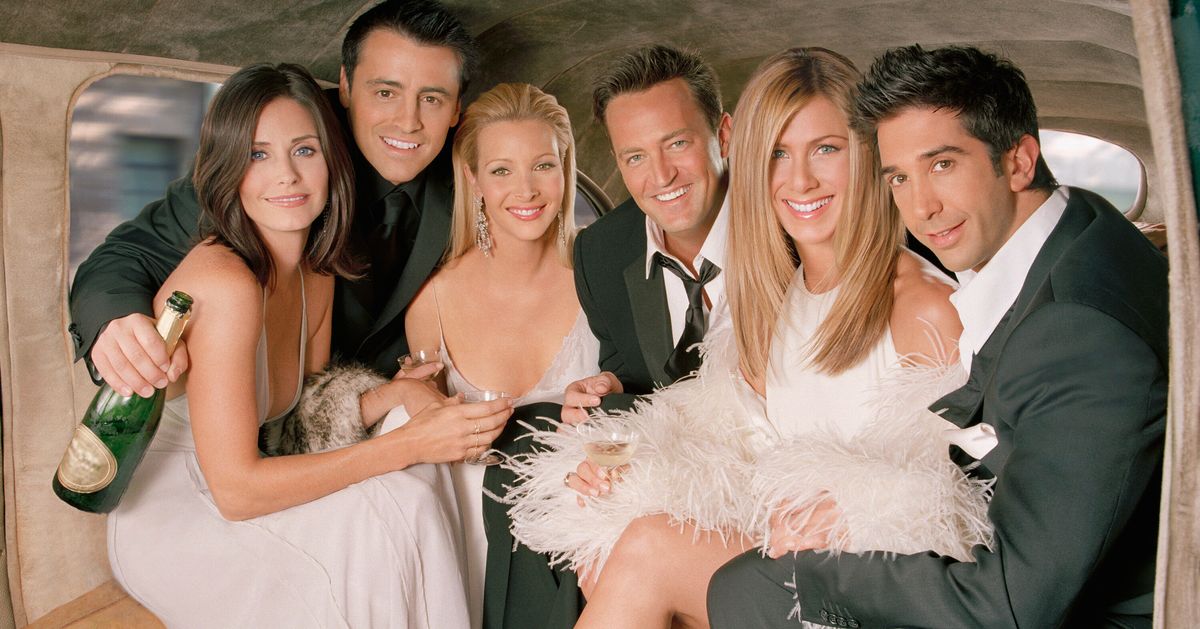 For reference, here’s what the cast of Friends looked like in 2004:

Friends launched a promotional shoot for the tenth and final season

And this is what they look like these days:

Friends threw in a promotional photo for the recent reunion special

So, unless the next three years turn out to be particularly nasty with the cast, we can conclude that the magazine’s prediction was far from done.

The cast of Friends reunited for the single unscripted special in May, which was the first time they had all been on TV together since the sitcom ended in 2004.

During the special there were a number of reveals and surprises, including Lisa’s Smelly Cat duet with Lady Gaga and David Schwimmer’s admission that life almost mimicked art for itself and Jennifer Aniston.

A number of guest stars including James Michael Tyler, Maggie Wheeler, Christina Pickles and Elliot Gould shared their special memories of the show, while there were also appearances from prominent fans including Justin Bieber, BTS, David Beckham and Malala Yousafzai.

Friends: The Reunion is still available to stream on NOW.

HuffPost may receive a share of purchases made through links on this page. Prices and availability subject to change.