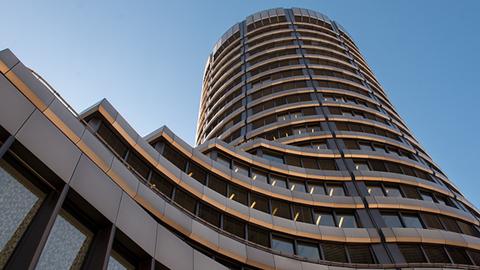 A report by the Bank for International Settlements found that central bank stablecoins and digital currencies may pose a number of risks in emerging markets and developing economies.

Central bank stablecoins and digital currencies (CBDCs) may fail to deliver on their promise to increase financial inclusion and improve cross-border payments in emerging markets, according to a new report from the Bank for International Settlements (BIS ).

“Stablecoin deals aspire to improve financial inclusion and cross-border remittances – but they are neither necessary nor sufficient to achieve these policy goals,” said the report’s authors.

Several EMDEs have turned to digital currencies to address weaknesses in their financial systems. By removing financial intermediaries, the digital currency proposals aim to empower users and make domestic and international payments more efficient as the digital economy grows.

While digital currencies like crypto have grown in popularity, their high price volatility and scalability challenges have kept it from being adopted as a mainstream payment medium. In response, stablecoins have entered the fray (which attempt to maintain a stable value against fiat currency) with the central bank’s digital currency.

EMDEs have increasingly turned to stablecoins as a store of value and are attractive in countries where local currencies are less stable and subject to capital controls due to inflation.

The BIS report questions whether stablecoins – which have yet to be tested on a large scale – could ‘offer lasting competitive advantages over rapidly developing and evolving digital payment services’, such as coins. electronic, digital identification and mobile banking services.

Instead, it could generate new risks related to governance, efficient payment processes, consumer protection and data privacy, the authors added.

On the issue of CBDCs, the BIS believes “that there is a risk that in times of systematic stress, [that] households and other agents can pass bank deposits or other instruments to the CBDC, spurring a ‘digital race’ of unprecedented speed and magnitude, ‘and wondering how desirable or necessary they are to all jurisdictions.

The report concludes that existing fintech innovations such as digital payment services may be more suited to improve financial inclusion and cross-border payments compared to stablecoins or CBDCs.

A recent BIS survey found that central banks representing one-fifth of the world’s population say they are likely to issue a CBDC in the next few years, and many are already at an advanced stage of implementing it. CBDC pilot programs like the Chinese digital yuan and the Nigerian eNaira.

An online accompaniment to CDM # 5 – The Truth Zine.