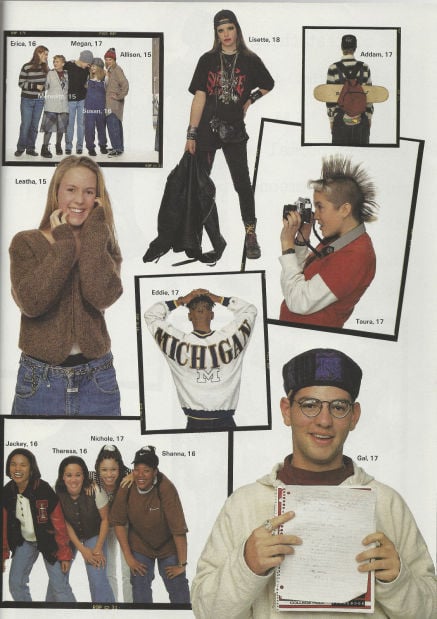 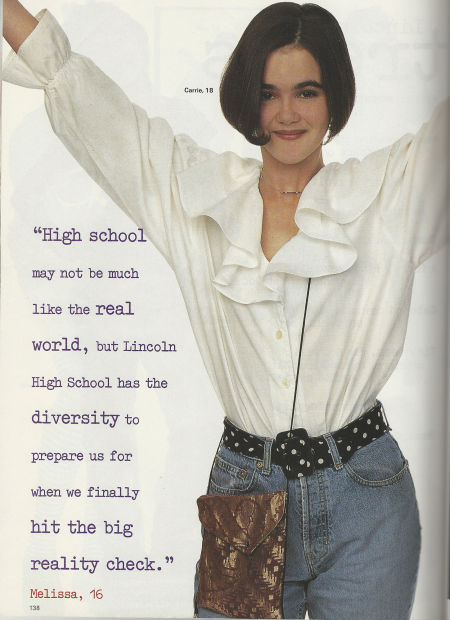 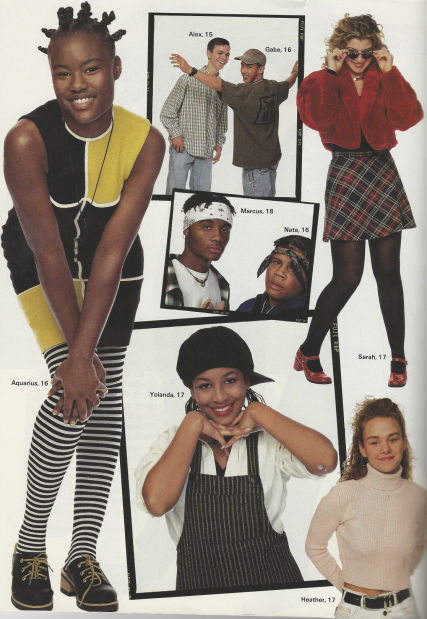 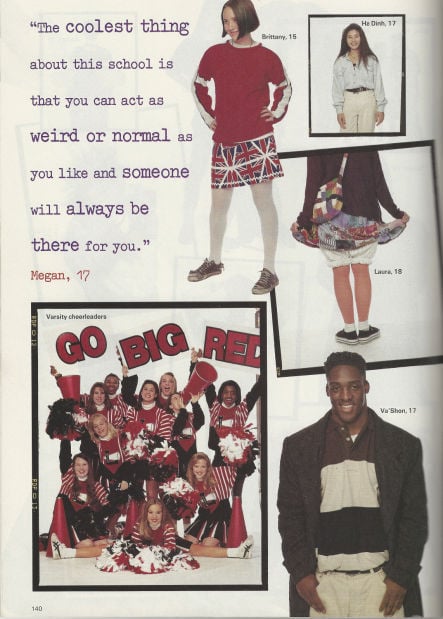 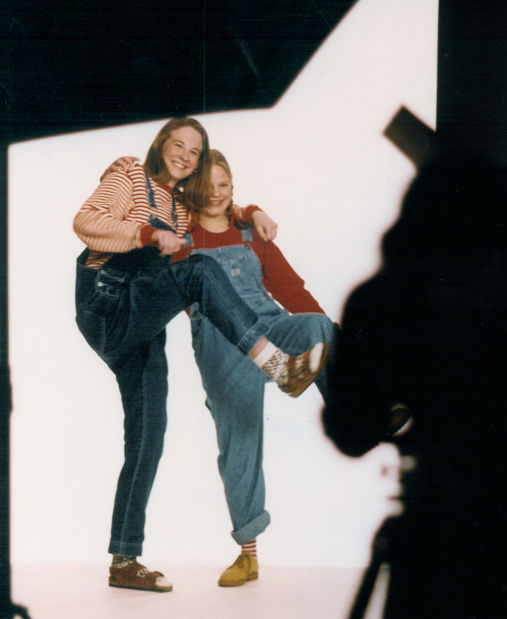 In 1995, Jenni Grant (left) and Rachel Eskridge were pictured posing for Seventeen magazine. 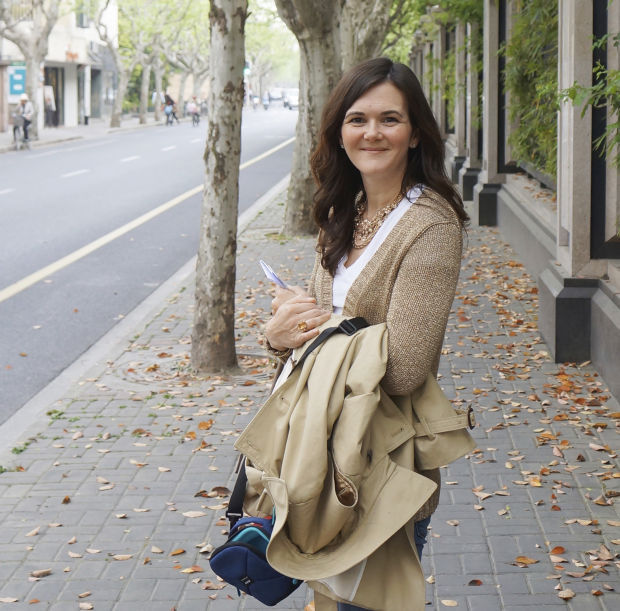 Caroline Lerro, who was primarily called Carrie Pierce when she was a student at Lincoln High. 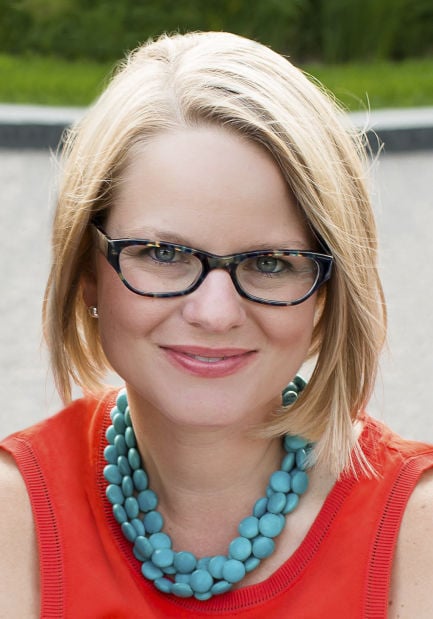 Rachel Eskridge, whose 1995 photo was in the Lincoln Journal Star, was not published in Seventeen magazine. 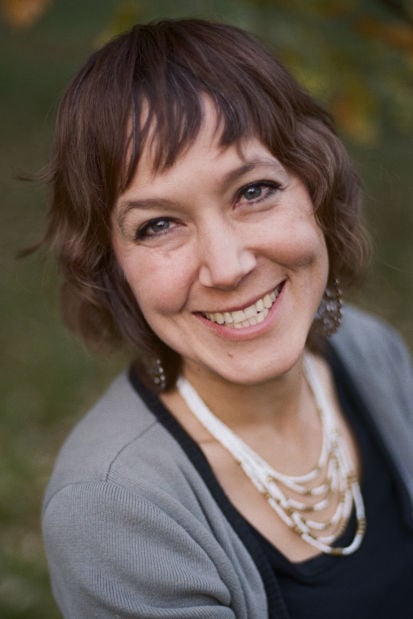 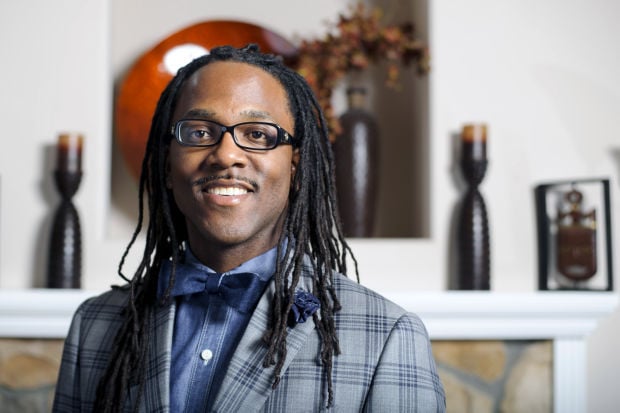 Twenty years ago, Eddie Brown had his photo taken on the back of his shaved head, spelling out Cornhuskers, for an article in Seventeen magazine. Now living in Lincoln, he is the lead singer of Band 402 and his dreadlocks are one of his hallmarks. 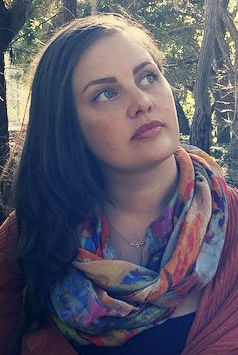 1995 was a very good year for the students of Lincoln High School.

Chinese was offered as a language course option. Rainbow, the school’s diversity club, and POWER (which stands for People Outreaching for Women’s Equality and Rights) were both popular after-school activities. There was a busy daycare for student parents and a parent class on campus.

So, it seemed like a natural fit for Seventeen magazine to select the high school of 2,000 students for a photo shoot and report as part of its “School Zone” profiles on high schools across the country.

A three-person team from the magazine spent a few days at the school in January of that year, randomly selecting students from the hallways and ultimately setting up Room 302 as a makeshift fashion photo studio. They photographed around 80 students – knowing that only a handful of them would be part of the six-page series released in April.

In addition to the photos, the magazine asked more than 100 students to fill out questionnaires that would help them create an overall picture of the school. They were asked what songs were on their Walkman, what was in their backpacks (besides books) and some of their favorite things about Lincoln High.