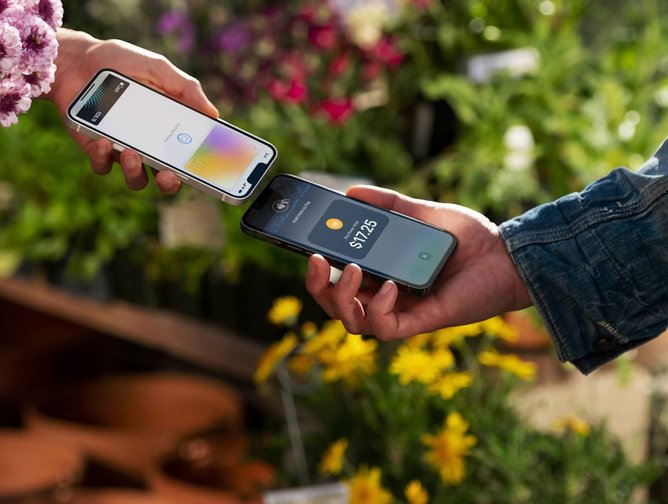 Apple announced the launch of Tap to pay in the United States, a new feature that will allow millions of merchants and suppliers in the North American market to use their iPhones to accept Apple Pay and contactless credit and debit cards from major payment networks, including American Express, Discover, Mastercard and Visa.

The move means that all businesses, from small businesses to retailers, will be able to use their devices to accept payments via contactless credit and debit cards and digital wallets via a simple tap on their iPhone.

According to reports, no additional hardware or payment terminals are required to launch the service, enabling instant, seamless and secure payment transactions.

As soon as Tap to Pay on iPhone becomes available, Apple says merchants will be able to unlock accepting contactless payments through a compatible iOS app on an iPhone XS or later device. “At checkout, the merchant will simply prompt the customer to hold their iPhone or Apple Watch to pay with Apple Pay, their contactless credit or debit card, or other digital wallet near the merchant’s iPhone, and the Payment will be made securely using NFC technology. No additional hardware is required to accept contactless payments via Tap to Pay on iPhone, so businesses can accept payments wherever they do business,” says the latest blog post from the tech giant.

As Apple Pay is currently available at over 90% of US outlets, the new feature will allow customers nationwide to use the facility at most checkouts. The report also states that Tap to Pay on iPhone will roll out to the US Apple Store in the US later this year.

Apple Pay’s new Tap-to-Pay service is made possible through Near Field Communication (NFC) – a technology that has become increasingly common in recent years. The innovation is a form of wireless data transfer similar to radio frequency identification (RFID) technology that allows smartphones, laptops, tablets and other devices to share data in close proximity. NFC technology powers all contactless payments through mobile wallets like Apple Pay, Google Pay, as well as contactless cards.

How does Apple Tap to Pay work?

NFC is limited to sharing data with other devices that are within approximately four inches of proximity. In terms of Apple’s Tap to Pay, at point of sale (POS), the merchant will prompt the customer to hold their own iPhone or Apple Watch, contactless credit or debit card, or other digital wallet to proximity to the merchant’s iPhone, and the payment will be completed securely using NFC technology.

NFC can be used in three ways, namely, peer-to-peer – where two enabled devices can establish a connection and share data, read/write, where a pair of NFC devices, one active and one passive, can retrieve data from each other – and via card emulation, where a smartphone can be used as a contactless payment card.

According to a recent report by Fisglobal, Tap to Pay is simply an evolutionary technology of current innovations. They write: “Digital wallets are a natural extension of the trend for the smartphone to become an all-in-one device that meets all the needs of the modern consumer. The prospect of these consumers ditching their wallets and taking only their smartphones to pay for their purchases is convenience in action.