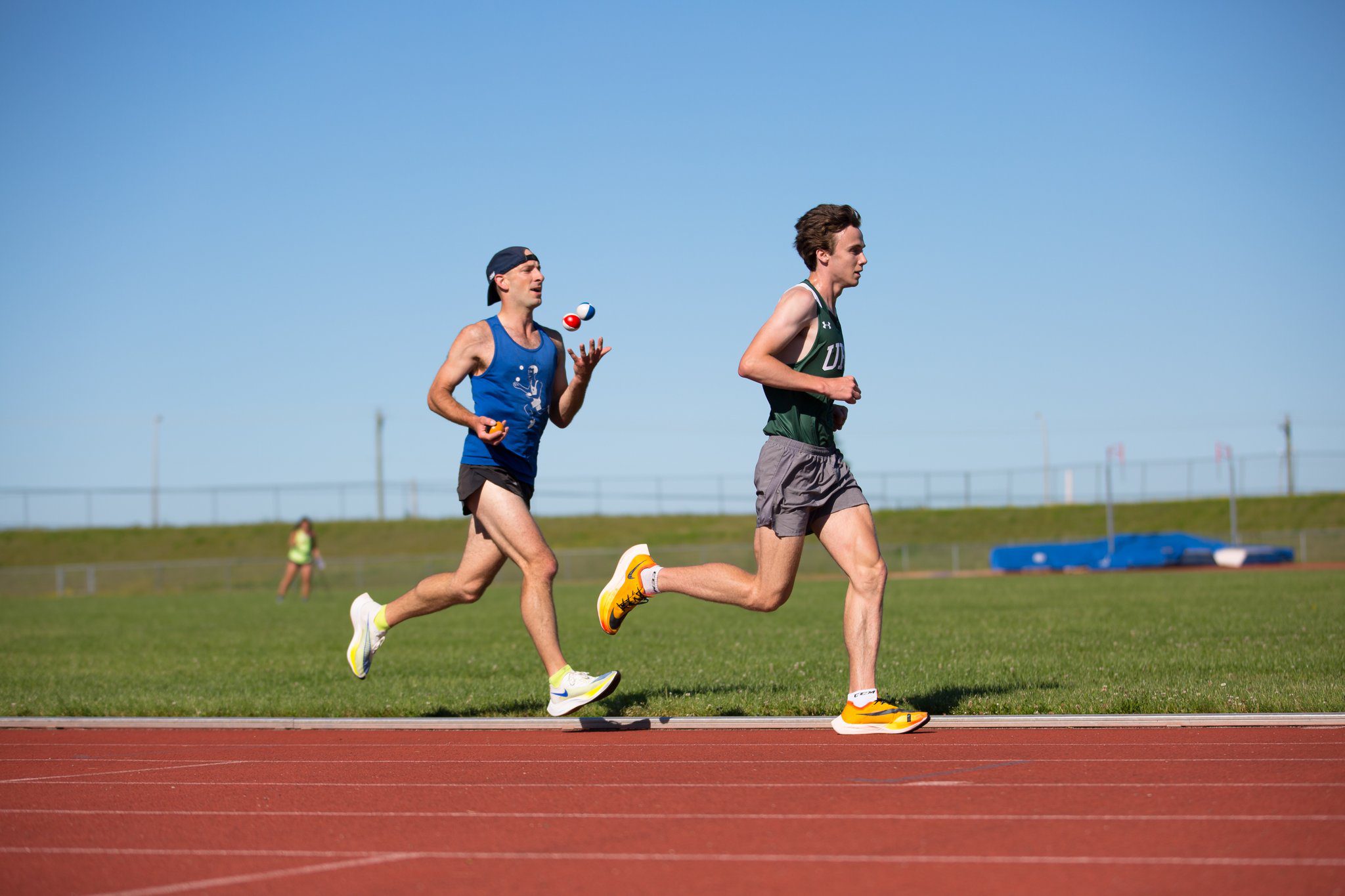 Michael Bergeron of Cavendish, PEI broke the 10 km world jogging record that he has been chasing for four years. Bergeron ran 10 km in 34 minutes and 27 seconds while juggling three balls around 25 laps of the University of Prince Edward Island athletics track.

He had already attempted the 10 km record in 2018, but his time was not ratified by Guinness World Records since it was achieved on an uncertified course. The previous record is held by Toronto Michael Kapral in a time of 36:27.

A Guinness World Record does not happen by chance. In order to verify the event, there must be video proof and two witness statements. Bergeron had several ringleaders and his wife Jenny film the race from the infield. “I’m delighted with this record,” said Bergeron. “Breaking this record kept me motivated to train during the pandemic.”

This record is not Bergeron’s first, he currently holds the Guinness World Record for fastest half marathon juggling, 1:17:09 at the 2018 Toronto Waterfront Half Marathon.

Bergeron started running on the track at the age of 13 and learned to juggle in high school. He brought his two hobbies together as a challenge from a friend in college. He did his first juggling run in 2014 at a local 5k.